Asylum Jam Recap: The Making of "Behind"

Last weekend we participated in the Asylum Jam, a 48-hours game jam hosted by Gamejolt. Focus of that event is to create a horror game without the use of "asylums, psychiatric institutes, medical professionals or violent/antipathic/’insane’ patients as settings or triggers". 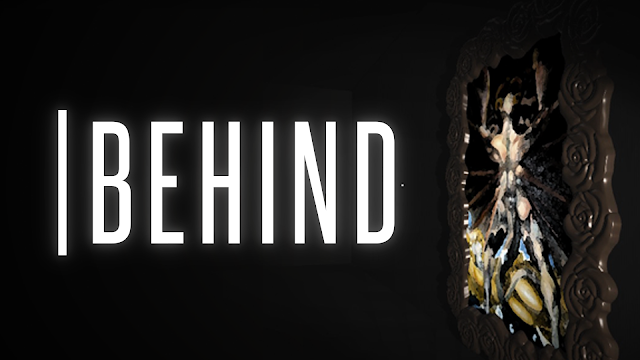 So Kevin and I sat down on Friday evening and started brainstorming. After some discussions we decided to do something about a creature being inside something else. Our first idea was a computer as a host. We wanted to let the player play a card game and then play with something being "behind" the screen.

After a short while of discussing gameplay we transferred the whole setting to an art gallery and swapped the computer with paintings. We sketched out a rough level design on Kevin's magical whiteboard and started developing in Unity3D.  Quickly we found our main gameplay feature: looking at something and looking away from something. We tracked the distance of the player to an object like the door in the beginning. Once being within range we make sure that the player has looked at it via Raycast, when the player then turns around and the object moves out of camera range we swap the 3D model with a 2D version and in looks like the door turned into a painting. 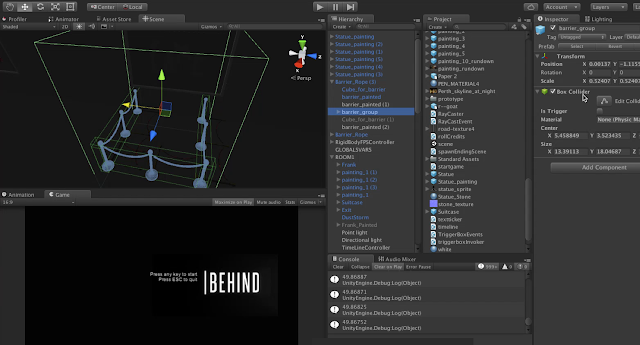 We filled the empty level with assets that would change once turning ones back to it and created a really nice atmosphere. More or less by accident we even came up with a very rudimentary puzzle that requires the player to get an object out of sight while making sure to see another.

On saturday we had a working game with an ending but there was lots of bugfixing and polishing to do. We added sounds and atmo, some more assets and voice acting (literally in the last hours of the jam). 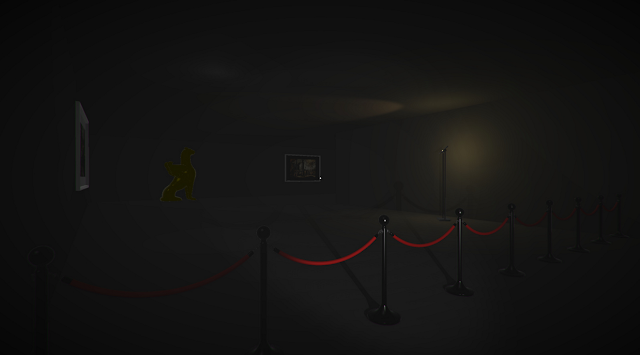 As with any game jam, we've learned a lot, especially because we both didn't have much experience with creating a 3D game. Behind turned out to be a good first step into that direction. The game made it to position 11 in the Asylum Jam voting out of 147 entries and we are really happy about it!
We checked out a couple of other games as well and it is really inspiring to see how many great ideas spawn out of game jams every time.

Also streaming the whole experience on Twitch was a great experiment. Other devs joined in to exchange knowledge or interested people who wanted to see how a game is being made. Getting instant feedback and having live contact to fellow jammers is a wonderful thing and we will definitely repeat that.

You can play Behind here.
Check out our archived dev stream here.

Next jam on schedule: Ludum Dare!