Devlog #1: Work on Episode 1 has started

It has been six months since we released the prologue of Code 7 for free on the web. A lot has happened in that time: we got through Steam Greenlight, have been nominated for the A Maze Berlin Award and have been working on several university projects at the Cologne Game Lab (see: A Million Faces of War, The Old Man and the Sea with robots in space). Also we've been taking a lot of time to write the outline of the full five-episode Code 7 storyline to make sure every single episode will have a strong tale to tell of its own, while contributing to an epic overall story arc.

While it is a lot of fun to just experiment with new ideas and work on prototypes, the time has come that we feel confident to start the development of Episode I. That means we started writing, creating concept art and programming.

Obviously we will not give out any details on the story of the full game, but we can tell you our current plans on how to get this giant project finished with just two people with other jobs.

As you may know we are currently enrolled in the Cologne Game Lab at TH Cologne. The prologue of Code 7 arose out of one of the smaller projects in the first semester. Now we are starting the third semester and from now on all our attention is to be directed towards our master thesis.
We were given the opportunity to write our master thesis about Code 7 so we can focus almost all our university workload on this project.

Last but not least, we'd like to give you a short glimpse at some concept art for Episode I, which gives some clues as to where this episode is going to take place: 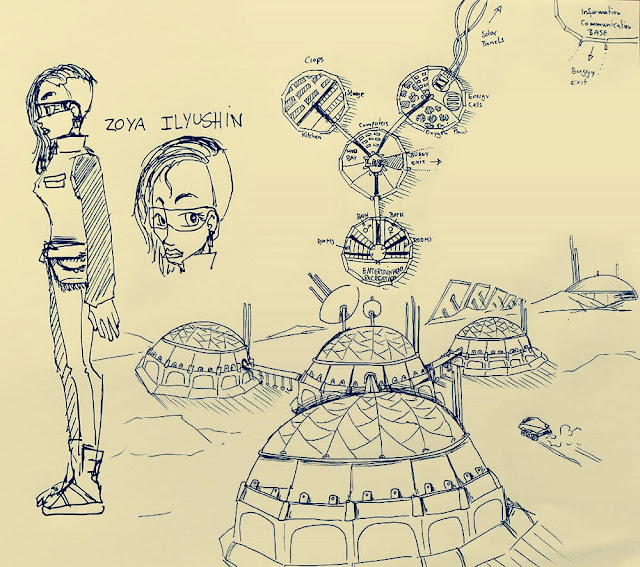 We hope you are as excited for this project as we are and will from now on provide you with regular updates on the process right here.
Eingestellt von Kevin um 05:42